Storyline -
Far away, in a cottage in a small kingdom, the beautiful young girl, Cinderella, spends long days as a servant in her own home – bowing to every whim of her cold stepmother and cruel, jealous stepsisters, Anastasia and Drizella ("The Tale of Cinderella").
One day, the town criers invite all the young ladies of the kingdom to attend the Royal Ball, where they can meet the dashing Prince Charming. When Cinderella humbly inquires about the ball, her stepsisters laugh at her mockingly, but her conniving Stepmother agrees to let her go... if she finishes an impossibly long list of chores. Cinderella is not disheartened by all this work, for going to a ball would be a dream come true ("A Dream Is a Wish Your Heart Makes").
To make things harder for Cinderella, Anastasia and Drizella dump all of their dirty laundry at her feet, adding to the list of chores. Cinderella's mice friends – including Perla, Jaq, Luke and Gus – try to help her forget these horrid tasks by reminding her how wonderful the ball will be ("A Dream Is a Wish Your Heart Makes – Reprise").
When Cinderella exits to perform another of her stepsisters' chores, the mice lament Cinderella's awful situation ("The Work Song"). To make Cinderella feel better, the mice scurry to stitch together a lavish ball gown from scrap fabrics and accessories that the Stepsisters have cast off ("The Work Song – Reprise").
The mice surprise Cinderella with the dress, only to have Anastasia and Drizella tear it to shreds in a fit of jealousy. Stepmother and the Stepsisters depart for the ball, leaving Cinderella behind in a pool of tears, with nothing left to believe in.
Magically, a Fairy Godmother appears, ready to perform a few miracles and get Cinderella to the ball. Using a magic spell, the Fairy Godmother transforms household items and Cinderella's furry friends into an elegant entourage ("Bibbidi-Bobbidi-Boo"). The Fairy Godmother reminds Cinderella that the spell only lasts until midnight, at which point, everything will be as it was before. She then waves goodbye and sends the enchanted coach on its way to the palace ("To the Ball").
At the Royal Ball, Prince Charming is unenthusiastic about the ladies the King presents to him... until Cinderella enters and lights up the room. The pair dance until midnight, when Cinderella rushes out before the spell breaks, leaving behind a single glass slipper.
Left with only the slipper as a guide, the King orders the Grand Duke to scour the kingdom until he can find the foot that will fit it perfectly. After a long search, the Duke finds a perfect fit on Cinderella's foot, and she is invited back to the castle to marry the Prince and become the new Princess ("Cinderella/Dream Finale").
The kingdom rejoices at the marriage of Cinderella and Prince Charming as the curtain falls ("Bibbidi-Bobbidi-Bows"). 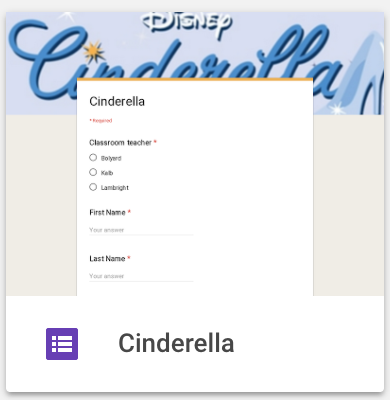